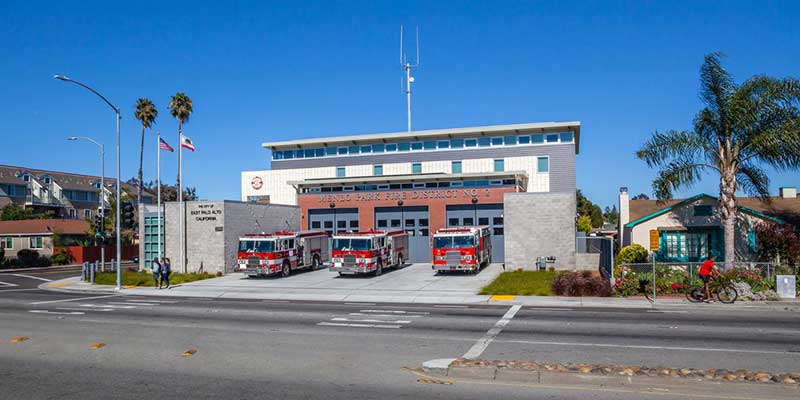 Station 2 is manned by three personnel (one Captain and two firefighters) per shift. Of the three personnel on duty, one of them will be a licensed paramedic. The citizens of East Palo Alto know that each day they are provided by the District an ALS Engine.

Station 2 was designed by Leslie I. Nichols, and built in 1956 by the contracting firm of ARO & Okerman. Station 2 was also included in the seismic upgrade project that followed the Loma Prieta earthquake. Seismic upgrades were concluded in 1996. Architects of the seismic projects were CJW Architecture, and the work was performed by Beals & Martin and Associates. Housed in this Station is one of the District's newest Pierce combination pumpers that was purchased in 2001. It was designed by the District's Apparatus Team, made up of firefighters and management staff, that has many modern features.

Links to other Stations